21 Lystegninger (21 Light Drawings) is the title of an exhibition catalogue released by the Aarhus Art Association of 1847 in conjunction with an exhibition of Asger Jorn's light drawings at the Aarhus Festuge 1971. Jorn's light drawings were photographed by Poul Pedersen in Silkeborg, Denmark in 1953. The catalogue was published by Permild & Rosengreen and distributed to the association's members as its annual publication.

The light drawings were copied on photographic canvas in the sizes 120 x 90 and 160 x 120 cm. Poul Pedersen wrote the following foreward for the catalogue, entitled "Silkeborg 1953": 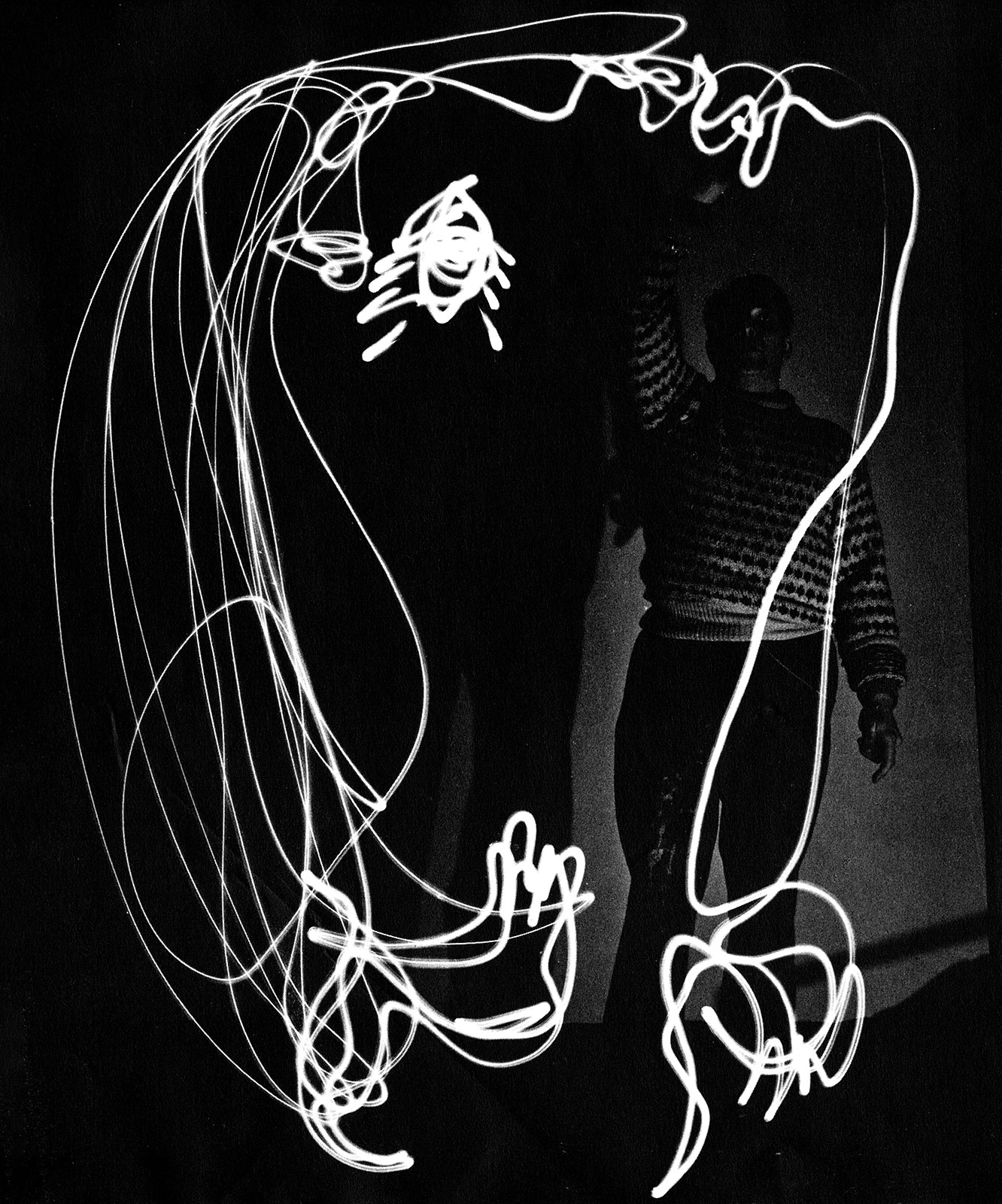 Asger Jorn was immediately interested when I asked him if he would like to do some light drawings. I had been experimenting with moving lights and moving the camera (one evening in Tivoli), and I had seen a dove that Picasso had drawn with a candle in front of an open camera.

One evening shortly afterwards, Asger Jorn performed these 21 drawings, after which we quickly figured out the shooting distance and the outer limits of the drawing. The drawings were done in a dark studio using a flashlight. Asger Jorn's activity was interrupted only by a brief pause while I was developing the first roll of film.

During the light drawing, Jorn used an actual sketchbook as reference to support himself. A few times, I had to interrupt the drawing by putting my hand in front of the lens, while Jorn, using the flashlight, looked in the sketchbook.

In three cases, I destroyed the drawing (Nos. 5, 6 and 9) by firing a flash, so I got a picture of Jorn behind the illuminated line. During the preparations for the exhibition, I pulled out the three broken drawings again by copying them into a very contrasting film. I was very surprised when I developed the new copies and the profile of a girl appeared in one of them.

In connection with the exhibition, Asger Jorn has now provided some of the light drawings with titles.

The exhibition continued beyond Aarhus Festuge 1971 as a traveling exhibition in partnership with the Association of Danish Art Unions (Sammenslutningen af danske Kunstforeninger).

This is a preview only - view fullsize on archive.org